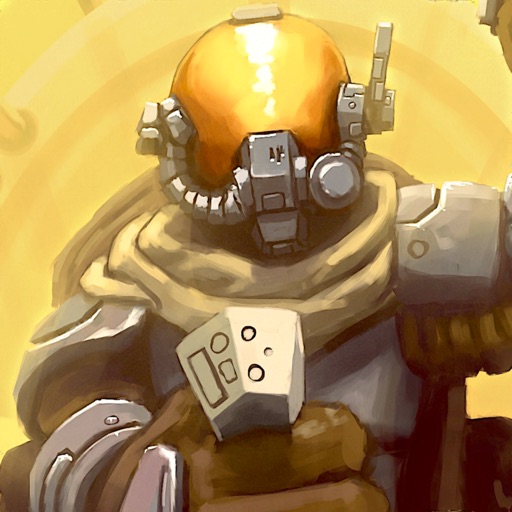 More by this seller

FLY like you've never flown before on iPhone and iPad with a full six degrees of freedom. Play it your way in either portrait or landscape.

TAKE HOLD with full support for MFi controllers or get up close and personal to be immersed with intense haptics and on-screen controls.

DEFEND your people against the oppressive COMMONWEALTH. ENGAGE in a selection of fast-paced missions and beautiful environments.

IGNORE THE ODDS and go toe to toe with swarms of fighters, frigates armed to the teeth or hulking capital ships. DON'T GO IN ALONE, bring your own elite fighter squadrons.

CUSTOMISE your fighter with an array of load-out options. BALANCE your choice of weapons, utilities and wingmen. Experiment with new equipment or get comfortable with favourites.

BUILD UP your arsenal with salvage from each successful run. EQUIP potent salvaged items to take on the heavily armed COMMONWEALTH fleets.

KEEP YOUR COOL and you'll make it out alive. Getting wiped out means giving up on your current gear and loot. BAIL OUT early if things are looking tough and live to fight another day.

Here’s the first of what I’m hoping will be many minor content drops coming this year. Alongside the usual feature tweaks, improvements and whatnot, I’m adding a couple new attachments to the game, namely:
Countermeasures, A set of common to rare utilities that drop a protective screen of flak behind your ship, handy for dealing with incoming missiles, or pesky light fighters.
Heavy Burst Autocannon A rare weapon that I thought I’d added to the game yonks ago but somehow didn’t make it into the loot drop lists? It’s a Heavy Autocannon, and it fires in bursts!
Assault Gun An epic weapon that fires gargantuan bullets at a good clip. Good for turning frigates and capital parts into scrap quickly, though less useful against small fighters.
Burst Assault Gun I think you get the idea here.

Updated Features
? All loot items and attachments now have a label to show their rarity
? 24fps frame rate option added for low end devices. 120fps option added for iPad Pro + Mac devices. Frame rate is now a toggle option from 24fps to 120fps.
? Bug reporter moved to an external google form as my internal trello api reporter was crashing for some users.
? Links to roadmap changed from Trello to Notion
? Added link to my Patreon Blog.
? Added a unique icon for Anti Missile Systems.. somehow didn't do that when I added them..